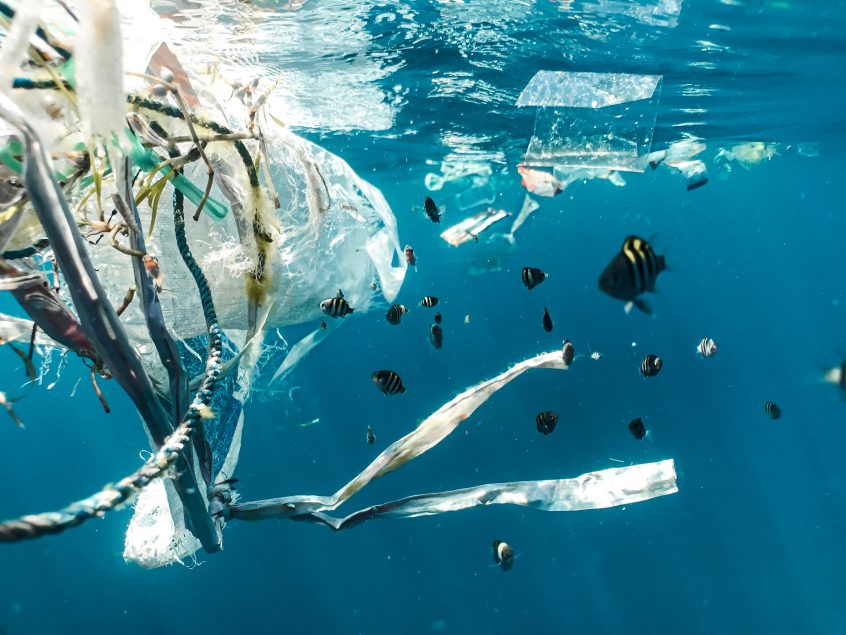 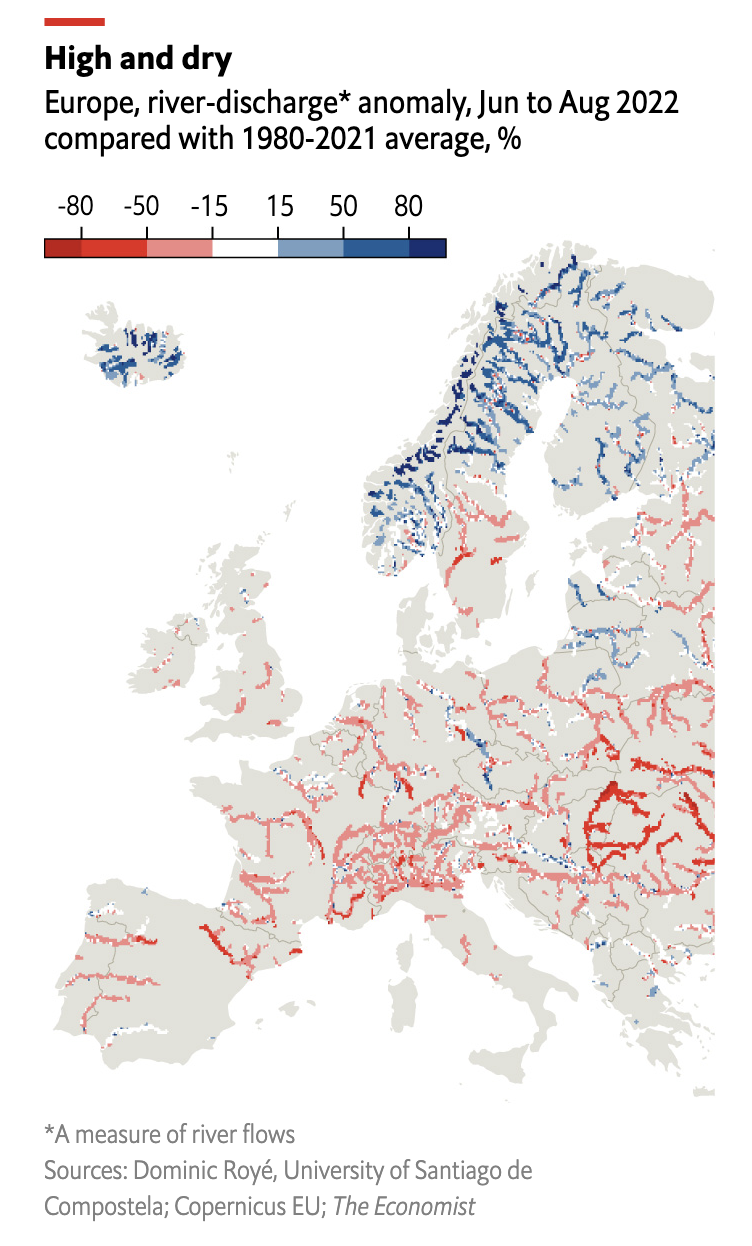 Last week we wrote about how drought is affecting global shipping supply chains. This week we’re learning just how dire the situation is. Europe is experiencing its worst drought in 500 years. The continent received just 20% of its usual rainfall last winter and spring and suffered temperatures 0.7ºC above the 1991-2020 average in July.

Elsewhere, dry conditions are affecting water systems too: China and America are also parched. Drought conditions are most noticeable among the world’s rivers; levels are severely depleted relative to their historic average. In Western Europe and China they’re 20% and 9% lower respectively.

Drying rivers have numerous knock-on effects for both the environment and the economy; parts of the Rhine in Germany remain unnavigable for large ships, France has had to shut power stations and Chinese crops are expected to be severely curtailed. It is important that finance and industry take steps to mitigate the risk of these changing conditions.

Russia’s invasion of Ukraine exposed the fragility of European reliance on Russian gas. As a result, in late July, the EU agreed to reduce their gas demand by 15% between August 2022 and March 2023. The measures are voluntary, but the EU Council has warned they could be made mandatory if gas security reaches crisis levels.

Simultaneously, the EU is frantically trying to fill up its gas reserves before winter arrives. Whilst it’s on track to reach its target, gas will cost consumers 10 times the historical average. As a result households across Europe may be forced to reduce their energy intake, not because of government directives but due to astronomical prices.

Whilst there is a worrying move towards widespread fuel poverty, it’s projected that by 2030 the EU should have overcome its reliance on Russian gas. This crisis has highlighted the struggle that comes with reactionary adaptation rather than enacting longer-term mitigation strategies.

West Africa Is Drowning in Plastic. Who is Responsible?

Ghana is being hailed as a pollution success story, thanks to a corporate-sponsored cleanup. An event organised by the Ghana Recycling Initiative by Private Enterprises (GRIPE), a coalition of international companies including Coca-Cola, Unilever and Nestle, has won plaudits for its recycling efforts in a nation without much formal waste collection.

Despite a strong social media presence and being held in high regard by the international community, GRIPE has achieved few high-impact results, with less than 0.1% of plastic recycled in Ghana.

What little recycling does take place is largely bottle-to-fibre – spinning used plastic into strands for clothing or wigs. This process can only happen once, and the products produced end up in landfill after they’ve been used. Chinese traders dominate the bottle-to-fibre market in Ghana, although there is little oversight of what happens inside their facilities. Government inspectors have found that some lacked adequate machinery and were, in fact, importing plastic waste into Ghana.

Big Plastic’s lobbying power is huge and its messaging persistent: recycling works and is environmentally friendly (the reality is messier); sustainability measures should be voluntary; banning plastic is unworkable.

Perhaps then GRIPE is just another example of corporate greenwash – see previous stories about Unilever, Big Oil and Coca-Cola for examples. When companies like Coca-Cola and Unilever, both of whom score highly in CDP disclosure ratings, are involved in attempts to undermine environmental efforts, it lessens the strength of the ESG industry as a whole.

If we are unable to hold large corporates to account, how might we do so for smaller firms who can slip under the radar with far greater ease? It is vitally important that legislation ensures corporates act on the pledges that they make – a crucial step for people and the planet. Read the full investigation here.