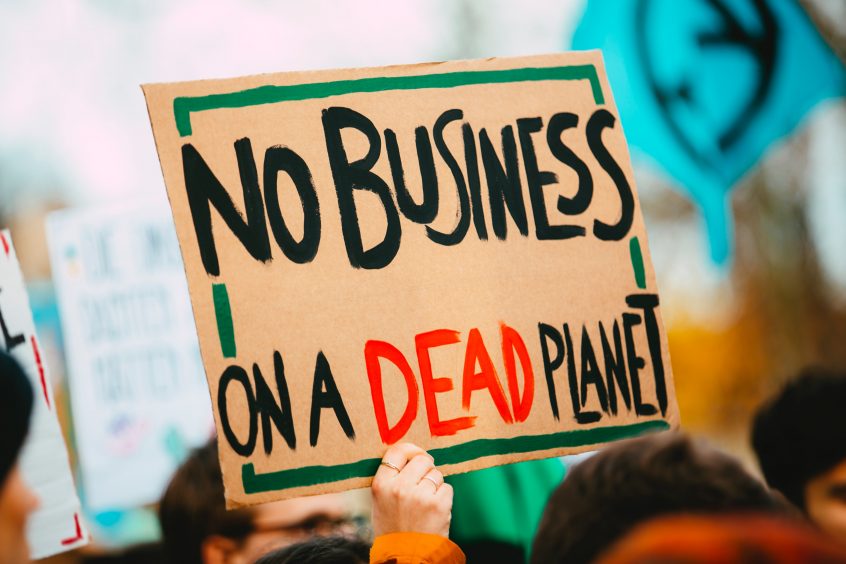 Last week’s news was dominated by a stark warning to world leaders, businesses and society as the UN’s Intergovernmental Panel on Climate Change (IPCC) released their latest report.

From fires to flooding, we are already seeing more frequent and severe weather. Whilst the majority of the report focuses on achieving net-zero by 2050 to limit warming to 1.5c, it also highlights that emissions reductions in specific industries could deliver rapid climate benefits. Food systems are responsible for a third of global emissions, and in response to the IPCC report, the FAIRR Initiative is renewing its call for governments to take food production into account when developing policies to reach the 1.5c warming target. The investor network’s statement ‘Where’s the Beef?’ calls on G20 nations to enact ambitious policies and disclose effective targets for GHG reductions in agriculture, within or alongside their National Determined Contributions (NDCs) commitments at COP26.

Sustainable-investing experts said the UN climate report should shock companies into setting out plans for emissions reductions, and those that have should make them more ambitious. Research by Engie Impact estimates that only 25% of companies with targets to achieve net-zero carbon emissions are on track to meet them, and the pressure is building. Ahead of the IPCC report, the Science-Based Targets Initiative (SBTi) unveiled a new strategy to increase minimum ambition in corporate target setting from ‘well below 2°C’ to ‘1.5°C’ above pre-industrial levels. With over 1,600 organisations now part of the SBTi, analysis shows companies with Science Based Targets have an even faster decarbonisation trajectory than needed to meet the Paris Agreement. Whilst this growing momentum is encouraging, it is not nearly enough and other companies must work harder to step up their plans to decarbonise.

Cigarette giant Phillip Morris has controversially won its bidding war with Carlyle to buy respiratory drugmaker Vectura. This raises some ethical questions on whether a cigarette manufacturer should be running a company producing inhalers and other therapies for lung issues. But from an ESG perspective, this is a victory. Shareholders supporting the company’s transition to a ’smoke free’ future will celebrate this in the same way that climate conscious investors will praise Shell and others for their investments in clean energy. The proof will now be in whether Phillip Morris shows that it is serious about decelerating the main arm of its business, which of course causes many of those lung issues in the first place. Watch this space…

From March, European money managers have had to adapt to the new Sustainable Finance Disclosure Regulations (SFDR). Introduced to prevent greenwashing, the new regulation is ambitious. However, recent research from Bloomberg finds that the SFDR leaves too much space for guess work, and despite increased ESG investments, plans to steer away from carbon emitters will potentially fall short. The confusion is slowing down efforts to fight global warming, despite the devastating effects of extreme weather across Europe in recent weeks.