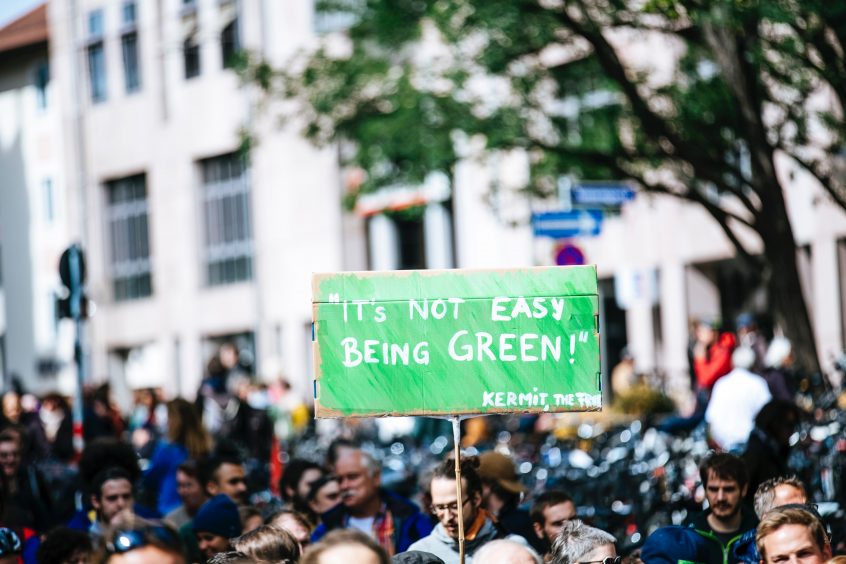 It is crucial that climate ambitions stay at the forefront of politician’s minds when making decisions about how to tackle the current energy crisis, but as we enter the winter months and temperatures decline, this is going to prove challenging.

The current spike in the cost of natural gas is a result of ‘a perfect storm ‘of geopolitics, production problems and the post-covid recovery.  The rising costs and lack of supply have made policymaking on energy even more difficult, especially given governments’ ambitions to decarbonise their economies. Politicians now have to ensure the wellbeing of those affected while simultaneously managing Net Zero goals.

Balancing the two may seem like a near-impossible task, but it’s one that leaders are going to have to succeed in to ensure the heating stays on for consumers, but off for the planet.

Cop26 climate talks will not fulfil aims of Paris agreement

With just five weeks until world leaders congregate in Glasgow for COP26, a country with tailbacks to get petrol is not an ideal look for a major climate conference. Key players have privately admitted that the summit will fail to result in pledges that could limit global heating to 1.5C. But the UN, UK and US insist that the broader goal of the conference, which is “keeping 1.5C alive”, was still in sight, and that leaders could still set a pathway for the future that would avoid the worst ravages of climate chaos.

The Institutional Investors Group on Climate Change (IIGCC) found that these companies were more exposed to risks such as flooding, droughts and extreme heat in comparison to some of their peers operating in the same sector and region.

A set of expectations laid out by the IIGCC calls on companies to test their businesses against different risk-related scenarios and to ensure they are reporting against a set risk metric.

As physical climate risks intensify in severity and frequency, organisations must act to ensure their operations are robust enough to weather the storm.

Some assumptions about ESG investing have led to the belief that outwardly investing in green initiatives and demonstrating green credentials is the only way forward.

In the buildup to COP26, countless companies have been making pledges and flaunting their new eco-friendly gizmos and gimmicks, from low-carbon Budweiser cans to carbon-neutral instant coffee.

However, these “stunts and pious pledges won’t save the planet.” Instead, organisations need to rethink their whole design, manufacturing and sales processes if they are going to make a real difference. BMW, for example, has taken this route and is now focusing on the production of its sustainability-prioritising car: the ‘i Vision Circular’.

In fact, the rethink must involve companies shifting the expectations of their customers too. The shift to sustainable is often expensive, unglamorous and full of multiple incremental steps. It is the nuts and bolts which will make the difference in the long term, rather than a gimmick that makes a decent press release.

What investors want from the UN Food Systems Summit.

The UN Food Systems Summit took place last week as part of the New York Climate Week. Maria Lettini, Executive Director of the FAIRR Initiative, explained that the summit was not, as some describe it, an appetiser to COP26. It was fundamental to whether the world’s climate efforts in Glasgow could succeed.

Governments have so far failed to set specific targets for reducing agricultural emissions as part of their Nationally Determined Contributions (NDCs), and investor concern on climate risks is growing. Despite mounting pressure from investors on food companies to act, “they can’t aim without a target, and can only go so far without one.”

As we wait to see what plans emerge from the event, here are Lettini’s thoughts on what ESG-conscious investors hope to see from the summit:

Science-based targets – Investors want to see targets that cover the entire value chain, are aligned with the latest climate science and aimed at a 1.5-degree pathway. Companies in the food system should commit to science-based targets to show investors they’re serious about climate risk.

Better data from food companies – We need to encourage, through mandatory and standardized reporting, if necessary, better ESG disclosure from food companies. Investors need gold-standard data on how companies are de-risking their operations and are responding to challenges around climate, biosecurity, working conditions and antibiotics resistance.

Supportive policy for alternative proteins– Protein diversification in global diets is essential to reach Net Zero and public policies need to encourage this trend. For example, plant-based meat production causes 30-90% less greenhouse gas emissions, uses 72-99% less water, and results in 51-91% less nutrient pollution in aquatic systems. The UK government’s recent National Food Strategy recommends that the Government increases plant-based food consumption by 2030 which is encouraging, but the market will be catalysed by more national investment in research and development and more incentives for protein diversification at scale.

Biodiversity and protection of nature– Current processes to meet the demand for animal protein are responsible for record levels of deforestation and biodiversity loss. The Dasgupta Review outlined that our future prosperity is reliant on both the protection and restoration of our natural ecosystems. One big step forward would be to establish clear pathways to deforestation-free supply chains from meat and dairy companies.  The finance-related discussions around the summit have highlighted the important role of finance ministries in repurposing agricultural subsidies to support climate and nature goals. This is also a topic which FAIRR investors have engaged on previously, with calls for the EU to better align its subsidies with climate and biodiversity protection.