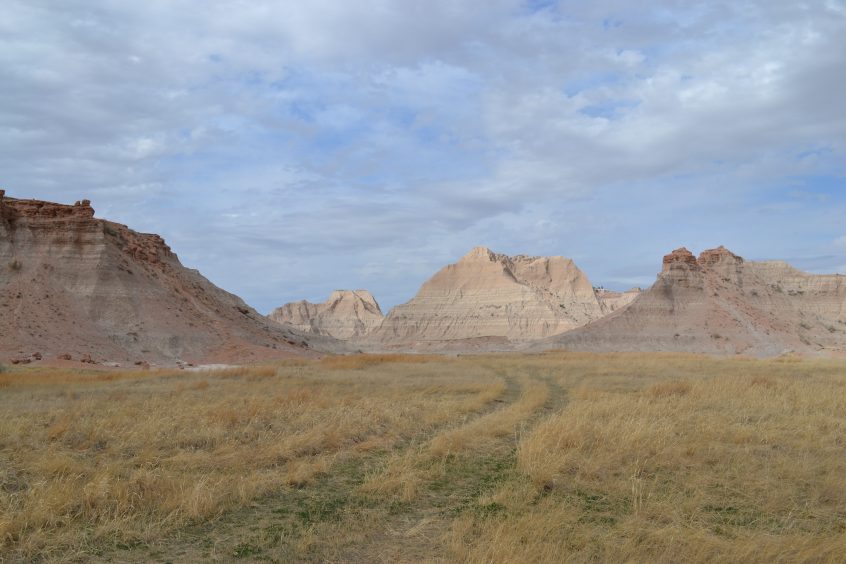 How ESG investing came to a reckoning

Despite its relative infancy, there has been rising scepticism around the usefulness of the term ‘ESG’ due to its increasingly catch-all use for a range of approaches to investment. Some use the term to mean negative screening (removing sectors such as tobacco or defence), others positive screening (picking sectors such as clean energy), and, more widely it has been used to refer to any kind of strategy that promises to bring about positive social or environmental change.

This has allowed for the term to be misused in greenwashing and has caused confusion following Russia’s invasion of Ukraine where ‘E’, ‘S’, and ‘G’ goals seem to clash with one another. For example, governments in Europe are reneging on environmental goals by turning to fossil fuels to reduce dependence on Russian gas, in order to fulfil ethical goals.

Regulators are also struggling to keep up with the pace of change within the ESG sector, highlighting how much of the ESG ‘agenda’ is currently in question. If one were to be optimistic, such wide-ranging questioning could lead to reform within the industry, with the potential for ESG to emerge looking different and affecting positive and effective change. However, if the industry continues in the stalemate it’s currently stuck in, inefficient at communicating ESG priorities and progress, it is likely to undergo reputational challenges and, longer-term, be sidelined: a disaster for both business and the planet.

Investors representing $14trn in AUM, coordinated by the FAIRR Initiative, have written a letter to the United Nations Food and Agriculture Organisation (FAO) calling for a net-zero roadmap for the agricultural sector. Food production accounts for nearly one-third of global methane emissions, and business as usual presents a huge threat to both climate and portfolio returns.

“To keep the 1.5C goal within reach, the global food system urgently requires a gold-standard roadmap that reduces emissions whilst protecting the health and livelihoods of people across the globe,” said Guenther Thallinger, chair of the U.N.-convened Net-Zero Asset Owner Alliance (NZAOA), one of the signatories of the letter.

A roadmap like the one requested by the investor signatories in their letter to the FAO, which details key milestones in the path towards net-zero, would play a pivotal role in helping investors minimise environmental impacts and exposure to climate and biodiversity risk.

Carbon offsets as a financial product have quickly developed into a $1bn market. Carbon offsetting is the practice of investing in schemes designed to make equivalent reductions of emissions from the atmosphere, such as planting new trees. Banks and regulators are becoming increasingly concerned about the integrity of such a system, which is largely self-regulated and has poor transparency.

Industry sceptics advocate for a tighter and smaller market, whereby offsetting emissions is no longer the go-to for climate-conscious companies. Barbara Haya, director of the Berkeley Carbon Trading Project at the University of California, suggests companies could make investments in actual carbon-cleansing projects, such as environmental protection or new technologies that remove carbon emissions. 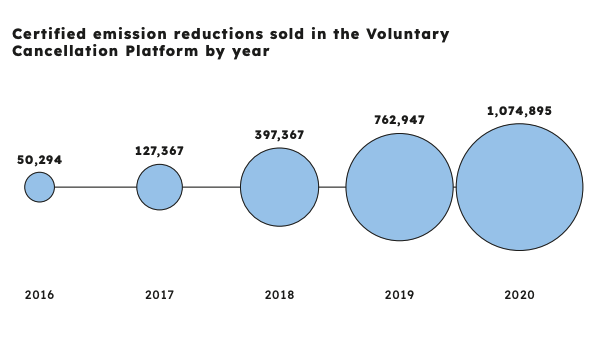 The United Nations Framework Convention on Climate Change (UNFCC) has released its 2020 Annual Report. It highlights the work of the secretariat undertaken during the difficult circumstances of the pandemic and explains the outcomes of COP26 in Glasgow, which set the scene for full Paris Agreement implementation.

This graphic depicts the growth of the United Nations carbon offset platform, which allows the public to offset its emissions. In 2021, enough carbon emissions offsets were bought through the scheme to reduce the collective carbon footprint by 1 million tonnes of carbon dioxide.