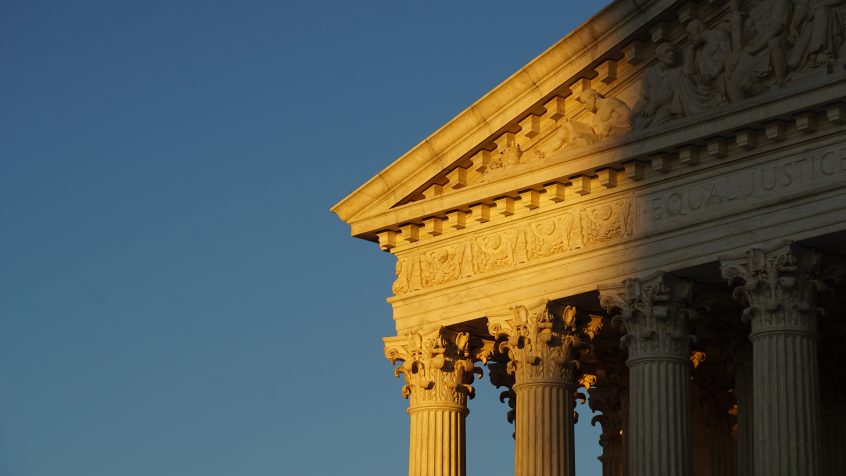 America’s Supreme Court has restricted the Environmental Protection Agency’s (EPA) authority to curb greenhouse gases from power plants. The 6-3 ruling interpreting the US Clean Air Act hinders Biden’s pledge to reduce US emissions by 50% by 2030 and his goal of a carbon-free electric grid by 2035. According to several analyses, hitting those targets will be impossible without regulations to stifle greenhouse gases from oil wells, automobiles and power plants, as well as tax incentives designed to spur clean energy.

Such a decision is devastating for the world’s hope of climate progress, as America is one of the largest global emitters; perhaps a positive to take from the ruling is that, although it allows the court to strike down actions of the democratically elected Presidency and Congress, it doesn’t impact states’ clean energy laws or federal tax credits.

Wind, solar, battery storage and electric vehicles are expected to continue to boom, spurred by their low costs, the high cost of fossil fuels, federal tax credits and states’ clean energy laws. The Supreme Court cannot stop the fact that public support for climate action is growing both nationally and globally, and we can only hope such an agenda trumps those of the Court.

The Climate Change Committee (CCC) published its latest Progress Report, examining the UK’s net-zero journey. The report warns that there are a number of policy gaps that exist in the packages designed to deliver the 2050 climate goal, meaning they are likely to be unsuccessful.

Sectors in which emissions reductions will be lowest and slowest as a result of policy gaps are agriculture, buildings and heat. The report called for progress in each of these key areas and named a number of measures that could be implemented to improve the UK’s current pathways.

The agriculture and land-use sector is improving at a “glacial” rate, despite currently accounting for 12% of national annual emissions. To spur change, the government must compensate farmers for using sustainable farming practices. Consumers should also reduce their red meat and dairy consumption.

The largest-ever impact fund has $15bn for dirty companies

Mark Carney, vice-chair and head of impact investing at Brookfield, the $700bn Canadian asset management group, has created the world’s largest impact investment fund. The new Global Transition Fund, which secured a haul of $15bn, will seek to “go where the emissions are”, funding high-emissions sectors to accelerate their transition to cleaner business models.

Realpolitik has been brought to the fore since Russia’s invasion of Ukraine which has prompted rising awareness of the need for reform in the energy sector. Pragmatism is clearly guiding Carney’s approach to investment, further evidenced by the fund’s focus on additionality, which is where positive outcomes occur as a direct result of an investor’s input. For Brookfield, this will mean not investing in clean technology assets unless it can make a clear difference to a company’s climate pathway.

ESG graph of the week

Compliance Week’s ‘Mind of the CCO survey’ is an annual survey asking the Chief Compliance Officers from the world’s largest corporates questions about industry perceptions. This year, the most commonly considered sector in ‘ESG’ was governance. Top justifications for this included:  “governance controls enable the firm to execute across the other pillars effectively” and “everything flows from good governance and ethical decision-making”.

In contrast, only 30% of CCOs prioritised ‘environmental’ factors”. This is somewhat surprising given the imperative currently being placed on corporates to improve their environmental footprint and commit to net-zero targets.