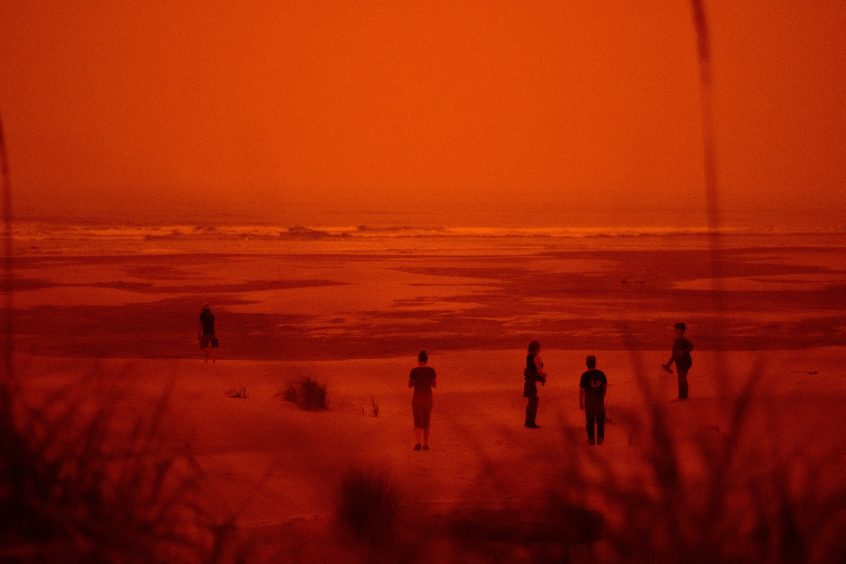 Europe’s fire season has begun earlier than usual as the continent experiences earlier and more intense heatwaves than in 2021. Overall, Europe had its second warmest June on record at about 1.6ºC above average temperatures. Forests act as a carbon sink and contribute to biodiversity and moisture levels. When they are destroyed by fire, these positive effects are removed, compounding the likelihood of more fires occurring, all-the-while increasing carbon emissions.

The Glasgow Financial Alliance for Net Zero’s (GFANZ) Asia network is expanding in the Asia-Pacific region. The new network will engage with financial institutions and policymakers in the region, including countries that have yet to set 2050 net-zero targets.

In the coming months, GFANZ will launch additional regional networks in Africa and Latin America, helping address the fact that roughly 40% of global financial assets represented by the group mostly excludes the biggest banks in China, India and Africa. This is crucial given the industrial development still needed in many Asian and African countries. As the earth can’t afford for them to rely on fossil fuels for that development, incentivising the use of sustainable technologies will be imperative to achieving a sustainable, just transition.

The vicious heat sweeping parts of the globe this week have the potential to push food prices up, making inflation even worse.

In Italy, conditions are expected to destroy a minimum of a 1/3rd of the seasonal harvest of rice, corn, and animal fodder. Locusts have descended on the island of Sardinia in the worst invasion in three decades, hurting the production of hay and alfalfa. The European Commission recently downgraded its soft-wheat harvest estimates from 130 million tons to 125 million tons.

In China, a record-breaking heat wave has been predicted to hurt the production of corn and soy, worsening inflation. These crops are used to feed pigs, and early-season failures have already sent the price of pork, China’s staple meat, soaring.

“Heatflation” might already have something to do with escalating food costs around the world, as it threatens the production of crops and the health of livestock. It is coming increasingly clear that despite climate action and economic concerns often being pitted against one another, they are one and the same.

Nearly $2tn of damage inflicted on other countries by US emissions

A new analysis that has provided the first measurement of nations’ liability in stoking the climate crisis found the US to have inflicted more than $1.9tn in damage to other countries from the effects of its greenhouse gas emissions.

The analysis found rich nations in northerly latitudes, (e.g. those in North America and Europe), have done the most to fuel climate change but have not yet been severely harmed by it economically. Countries such as Canada and Russia have even benefitted from longer agricultural growing seasons and reduced deaths from the cold as winters have warmed. In contrast, poorer countries have done the least to harm other nations and yet are suffering the brunt of the economic damage from climate change. The research didn’t factor in things not included in GDP, such as biodiversity loss, cultural harm and deaths from disasters, meaning the damage, in reality, is far greater.

This study demonstrates the importance of recognising the need for a “just” transition when assessing how best to approach the climate crisis. It is important at a global level for stakeholders from poorer countries to be given a seat at the table when creating climate mitigation and adaptation policies to best ensure historical wrongs begin to be righted to build a stronger, fairer, more sustainable economy going forward.