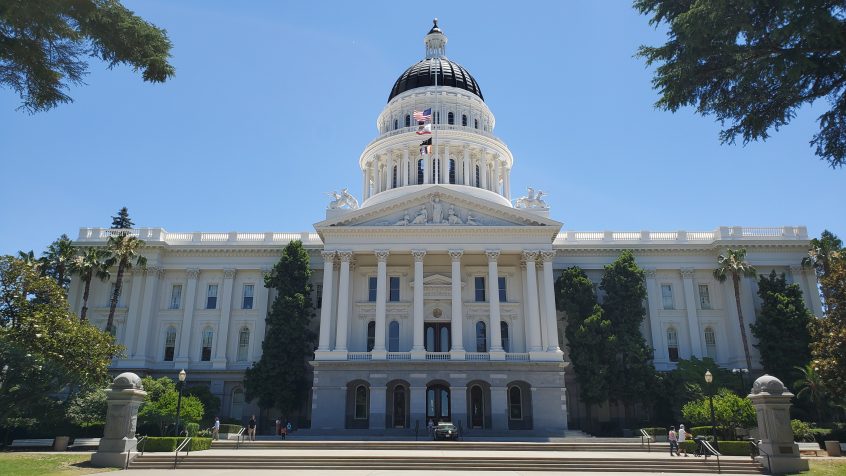 Prominent Banks rumoured to be shirking from their climate pledges

A new report alleges that several prominent banks, including JP Morgan, Bank of America and Morgan Stanley are among a group seeking to quietly withdraw from the Glasgow Financial Alliance for Net Zero. Members of this coalition, which includes financial institutions that collectively control $130 trillion in AUM, have publicly pledged that they will no longer invest in any positive emissions company by 2050 and will engage in a timeline of divestment from polluters.

Bloomberg speculates that many of these institutions have been tempted by recent strong performances in the oil and gas industry that have attracted investors worldwide, potentially raising a fiduciary responsibility to pursue these investments. Meanwhile, some law firms have suggested that not acting in accordance with public climate goals may be viewed as misleading consumers. There is risk of legal exposure in either case, further complicating the climate dilemma in institutional finance.

As part of its mission, Arla aims to reduce farm-based emissions of its 8,900 members (which include a third of Britain’s milk producers) by 30%. According to the company’s website, Arla’s products are half as emissions intensive as the global average for dairy, and the company strives to reduce this even further.

These are ambitious targets as the dairy industry is far from climate friendly. According to a 2019 report from the UN’s Food and Agriculture Organisation, the industry produced 1.7 billion tonnes of CO2 in 2015, nearly as much as aviation and shipping combined.

The dairy sector has a long way to go, and it remains to be seen whether measures such as these can truly decarbonise the industry. Nevertheless, supporting farmers in the transition towards more sustainable production is crucial in building a resilient food system that is beneficial for both people and the planet.

In the United States, Republican state treasurers, who control large amounts of public funds, have withdrawn their money en masse from Blackrock, which is expanding its ESG policies. A total of $1 billion has been withdrawn from the $8.1 trillion fund by Republican state treasurers in Louisiana, South Carolina, Utah, and Arkansas. While not a substantial loss for Blackrock, it is indicative of a wider shift among Republican circles away from ESG investing.

In general, Republicans have argued that ESG investing has put “politics over profits”, pursuing a “woke” agenda while ignoring the interests of shareholders.

Regardless of the politics, the FT reported that financial managers are finding it difficult to create a single strategy for the American market as a result of the political climate. Although Republican opposition is fierce, progressive counter reaction might have just as damaging an impact. After all, nearly half of registered voters in the US have stated that climate change is “important” or “very important” to their vote ahead of midterm elections.

Finance Figures and Investors rumoured to be avoiding “announcement-light” COP27

Responsible Investor reports that many figures in finance are reconsidering their attendance at COP27. According to the article, RI struggled to find more than a handful of firms that committed, and of those that do intend to go, “most are only sending a team of two or three”.

Reasons cited for not attending were reservations about the Egyptian regime and the environmental cost of flying to Egypt. Chief among these reasons however is the growing sense that this conference will be an “implementation COP” more concerned with the practical realities of previous promises rather than headline-grabbing announcements.

Meanwhile, according to Pensions & Investments, almost 500 institutional investors have urged governments to “raise their climate ambitions” while a commentator for Investment Monitor argued that under current conditions the conference feels “pointless” and expressed a profound cynicism about the Summit’s aims.

Graph of the week: EV infrastructure to cost $105 trillion. 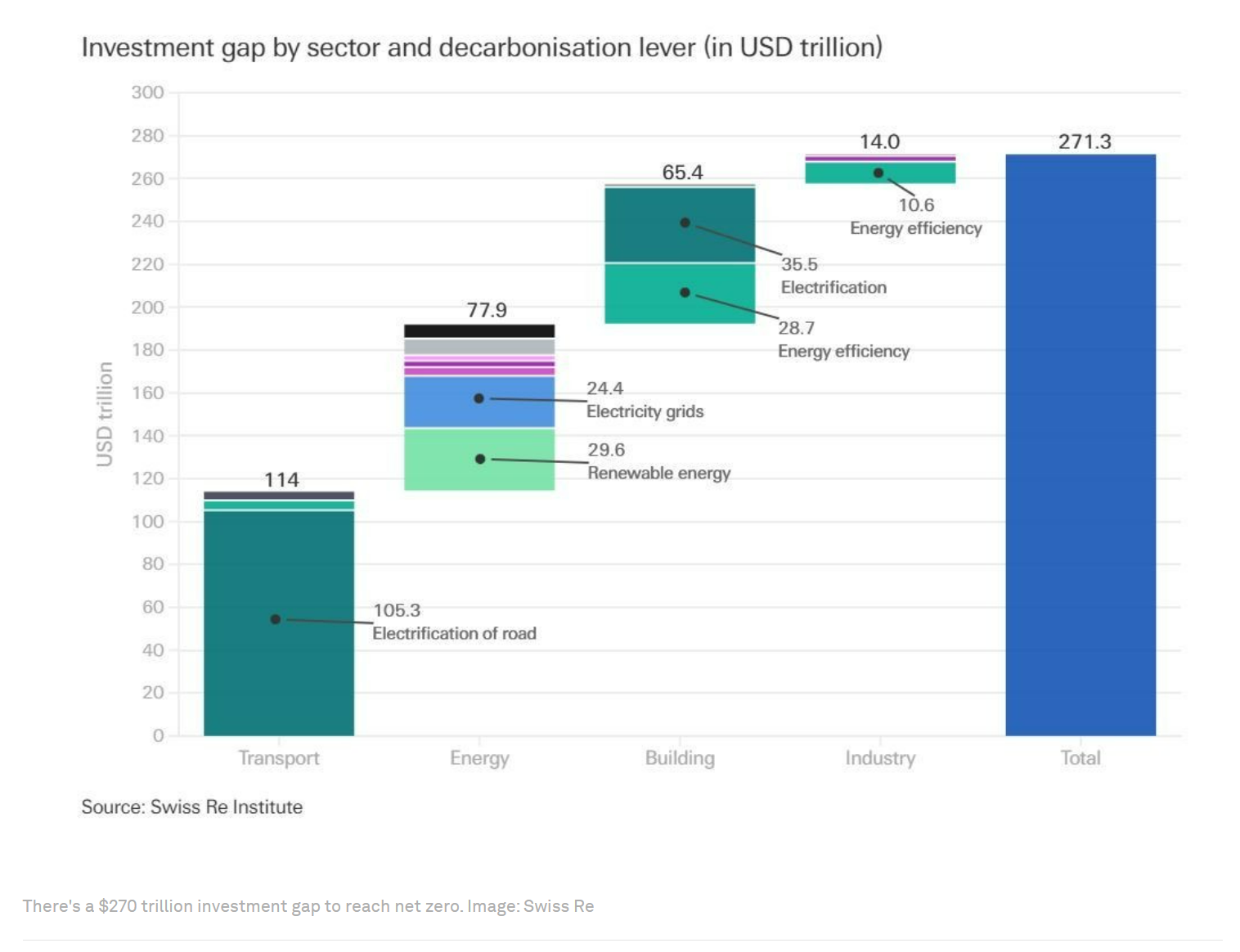 published by the World Ecomomic Forum

Last Friday Swiss Re, a major European reinsurance company, launched a study detailing the scale of funding needed to meet the Paris Agreement goals and 2050 net-zero targets, setting the total at a massive $271 trillion. The figure is equivalent to 12 times the total of all economic activity in the United States pre-COVID.

One conclusion the study comes to is that nearly 40% of the total investment gap comes from the electrification of road transport. This refers to the subsidies and complex infrastructure investment required to facilitate the widespread adoption of Electric Vehicles (EVs).

Some have argued that electric vehicles are a necessary step to decarbonise the economy, given that EVs are emissions-free at the point-of-use and require the least amount of lifestyle change worldwide. As part of the Inflation Reduction Act, the Biden administration has legislated $7.5 billion in EV infrastructure funding.

Nevertheless, these efforts face significant roadblocks. The investment required to build the necessary charging infrastructure, as well as making the industry profitable, is staggeringly high. Despite consumer interest in EVs, the cost and inconvenience have remained a barrier to entry for all but a minority of motorists.