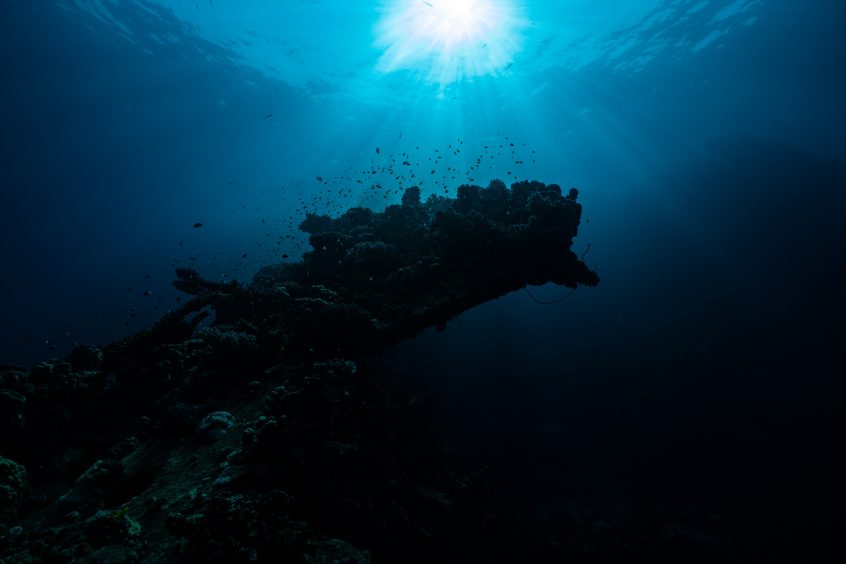 FAIRR, an investor network with $70 trillion in member AUM, has released its annual ESG data on 60 of the largest meat, fish and dairy producers in the world – demonstrating poor environmental management in the meat and dairy sector with wide ranging effects on biodiversity.

The data reveals that less than one in five meat, egg and dairy farms are adequately managing the pollution of waterways from manure. Only 9% of producers could even accurately identify whether their farming operations were located in areas of high-water stress.

Similarly only 14% of the world’s largest meat and dairy producers disclose total emissions from their whole supply chain – including scope 3 emissions( e.g. food production) which comprise the vast majority of the industry’s total.

This week, new IEA figures forecast a rapid acceleration in the deployment of renewable energy worldwide, with solar power to be the primary energy source. The figures show the impact of increased government funding and initiatives surrounding renewable energy that markedly heightened following the restriction of oil and gas from Russia to the West.

The IEA expects available solar power will surpass that of coal by 2027 with renewable energy as a whole becoming the most prominent source of electricity worldwide by 2025.

Notably, the IEA also predicted that the solar power supply chain, which is currently dominated by China, will become much more internationally diversified.

COP15, the global biodiversity conference presided over by the UN, is underway in Montreal, Canada where many have called for a “Paris Agreement for Nature”.

Justin Trudeau, the Canadian PM, committed CA$800m to promoting indigenous led conservation efforts in his country and joined UN Secretary General Antonio Guetierres in endorsing the “30×30” plan, protecting 30% of the earth from any development by 2030.

These announcements come within the context of disheartening milestones in global biodiversity. The ocean ‘dead zone’ in the Gulf of Mexico, where a swathe of the Atlantic has been completely deprived of oxygen due to human-caused water pollution, is said to be expanding. Nature reports that new EU energy policies will demand further deforestation and will effectively sacrifice biodiversity for bioenergy.

Worldwide biodiversity is under unprecedented threat according to new data 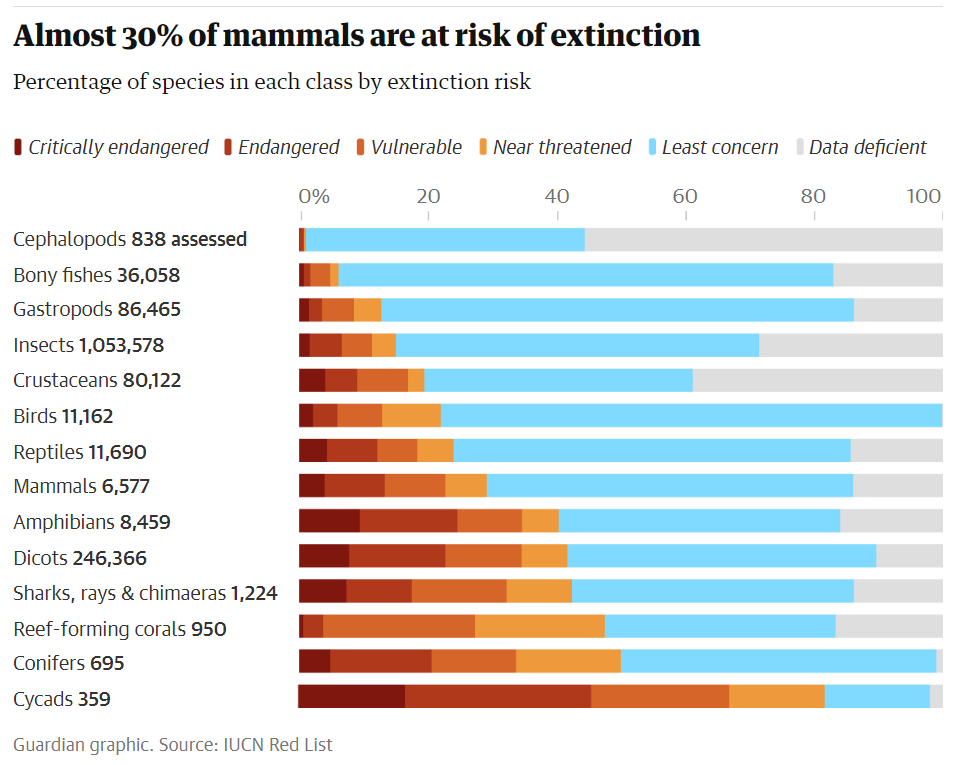 The Guardian released a series of infographics that shed light on the crisis facing a substantial portion of flora and fauna in 2022, including this graph, which indicates a large portion of almost every class of animal is threatened. This data is especially concerning given confirmed reports that animal populations worldwide have decreased by 60% on average since 1970.

WWF estimates that under current conditions, between 0.01% to 0.1% of all species will become extinct each year, an estimated 10,000 species.

The current consensus that wildlife is under catastrophic threat places immense pressure on policymakers at COP15 who are attempting to author new worldwide policy direction to protect biodiversity.