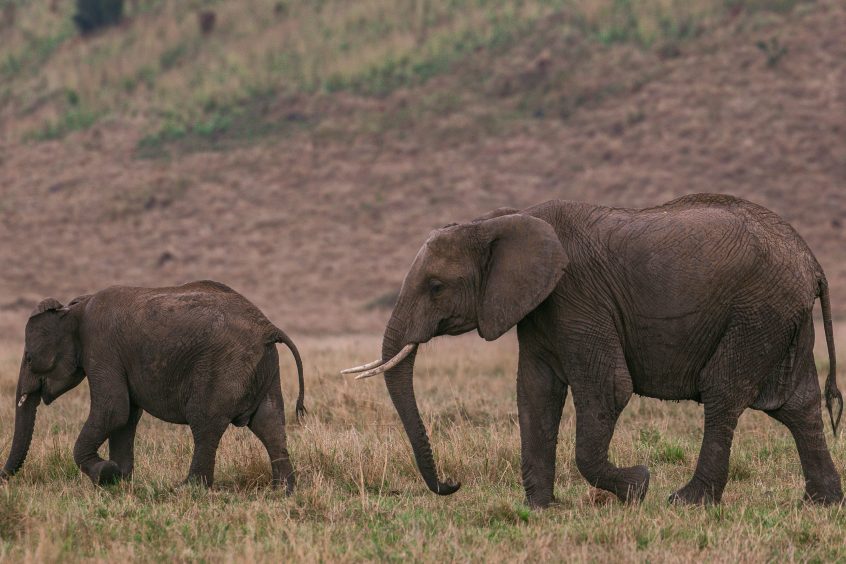 The next edition of Essentials will land on the 10th January after a break for the holidays. On behalf of the entire ESG Essentials team, we hope you have a peaceful holiday season and a happy new year.

In the early hours of Monday morning in Montreal, Canada, COP15 delegates emerged with a signed deal to protect biodiversity, indicating an improbable environmental consensus that has persevered through adverse international conditions. The “Kunming-Montreal Pact” embraced the ”30×30” principle, pledging to protect 30% of the planet from any development by 2030 on land and sea. While the deal is not legally binding, it does oblige signatories to report their progress at an international level, similar to the Paris Agreement for climate.

Much like the agreement that emerged from COP27 however, this deal required a considerable amount of diplomatic strong-arming to pass and included several notable shortcomings. Importantly, the United States did not join as a signatory, meaning that any initiatives might lack key credibility from a major power and regulations will not cover American animal populations, which are also under threat.

While the agreement includes major funding pledges, including $30bn in aid to poorer nations to protect ecosystems, most nations have an unfortunate history of promising big and delivering little against their pledges.

However in the short term, this agreement forms an important basis for further reforms to protect biodiversity, and perhaps signals global desire for more effective change.

EU lawmakers have taken major steps towards introducing a carbon tax that covers emissions from imports as well as local sources, making it more difficult for European corporations to outsource their emissions and avoid tax penalties. A provisional agreement of the Carbon Border Adjustment Mechanism (CBAM) was announced on Tuesday pending further negotiations that will hammer out the precise details on implementation.

These measures will seek to combat “carbon leakage”, where companies seek to move polluting elements of their supply chains overseas to avoid environmental regulations and taxes. These measures are expected to tackle the incentives of outsourcing, which can be an environmental and social problem, by making it less profitable to do so.

The EU indicated that other nations, such as Canada and Japan, are planning similar measures which will raise money for governments as well as improving environmental standards.

Last week, American scientists announced that a fusion reactor had reached ‘ignition’, meaning that it had produced more power than was used to start the internal reaction, the first time this has occurred in history. While relatively small scale, this is potentially proof of concept for an energy source many hope will produce unlimited clean energy in the future.

The fusion reaction, which worked by using high powered x-rays to fuse solid hydrogen into gaseous helium, successfully produced 1.5 Megajoules of energy (the equivalent of just over a pound of exploding TNT) in 100 trillionths of a second after being bombarded with 1 Megajoules of x-rays. Given this reaction does not involve any combustion, it produced no greenhouse gases.

The timeline for large-scale deployment and use of this technology is unclear, but this is a historic step in showing its feasibility after billions of dollars of investment from public and private sources.

Amid the US ESG controversy, asset managers are caught in a dilemma 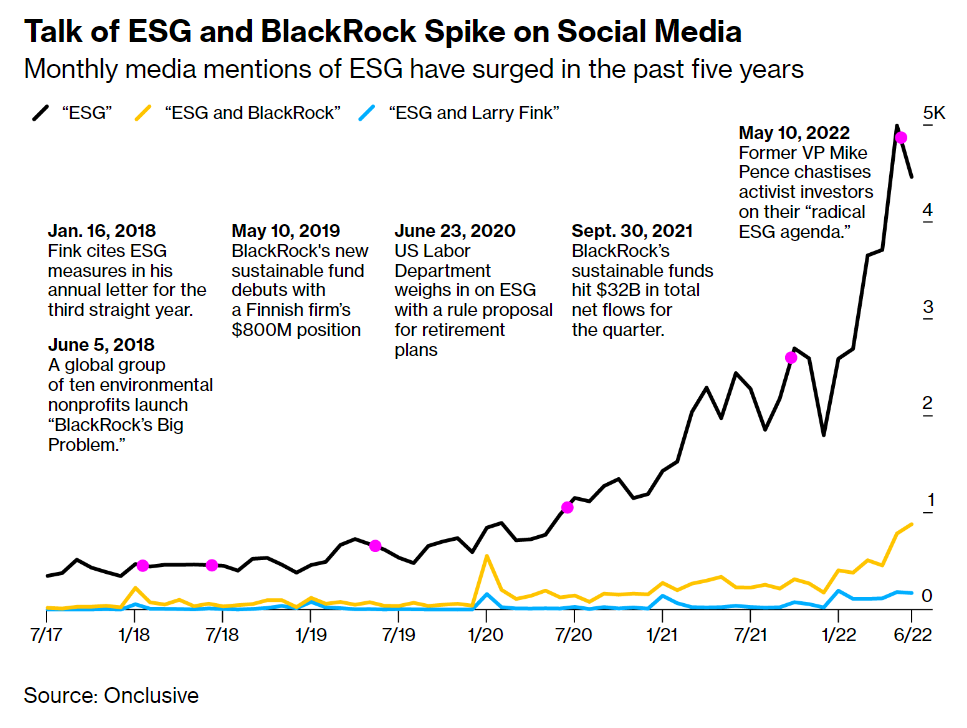 As the ESG debate continues in the US, Bloomberg reports many asset managers that have made public stances on ESG, such as BlackRock, have been caught in a difficult public relations dilemma. Figures from the Right have accused BlackRock of “turbocharging America’s “woke” culture” by boycotting fossil fuels, whereas some on the Left have accused the organisation of financially bolstering environmentally-damaging industries.

In a political environment where investment in fossil fuels has become politically charged, it is difficult for many organisations to appease both sides in their strategies.

Discussion around ESG has heightened this year, due in part to the increasingly acrimonious nature of debate in US politics. Monthly media mentions of “ESG” grew from fewer than 2,000 at the beginning of the year to over 5,000 in June, and counting.

Some asset managers have recently publicly withdrawn from environmental and other ESG causes due to criticism and legal actions from Republicans. Vanguard faced a lawsuit from multiple Republican states to block purchases of public utility shares due to a perceived hostility to fossil fuels. A few weeks later, the organisation quit the Net Zero Asset Managers Alliance, an investor coalition organised by the UN to promote sustainable investing.

The controversy around ESG in the US also drew concern at the most recent PRI conference in Barcelona, although some senior figures dismissed the debate as “noise”.